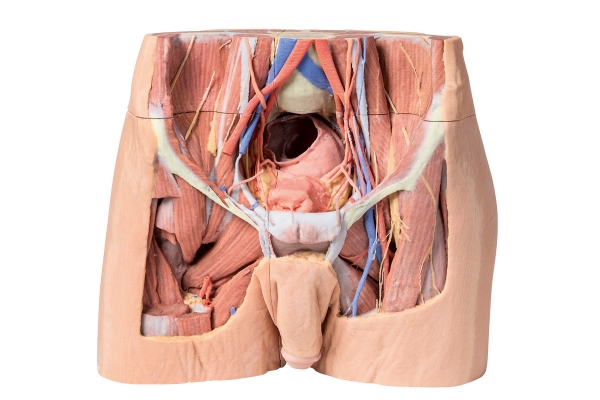 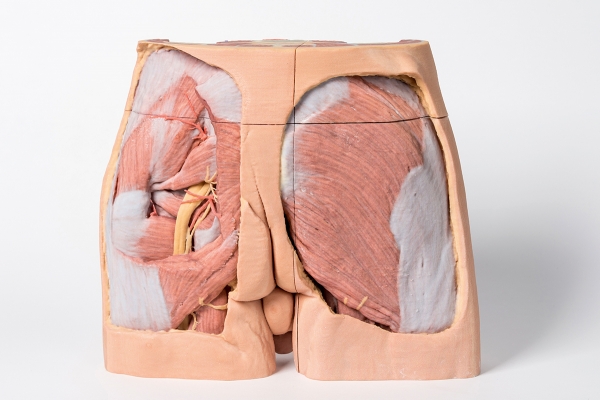 Lower posterior abdominal wall and false pelvis: The specimen is transected at approximately the level of the L2/L3 intervertebral disc. The common iliac veins unite to form the inferior vena cava. The common iliac arteries are close to uniting at the top of the print. The iliacus and psoas muscles
are easy to identify, the latter has a prominent psoas minor tendon. They can be seen to unite as they pass under the inguinal ligament. The nerves of the iliac fossa (from superior to inferior: ilioinguinal nerve, lateral cutaneous nerve of thigh, femoral nerve ) and their course is clearly visible, as is the genitofemoral nerves on the surface of psoas muscle. The ureters also descend on the superficial surface of the psoas and cross from its lateral to its medial border. They enter the pelvis at the bifurcation of the common iliac arteries into external and internal arteries. The external iliac arteries and veins running along the pelvic brim are clearly visible, as is the vas deferens crossing the brim from the deep inguinal ring to enter the pelvis. 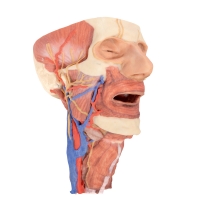 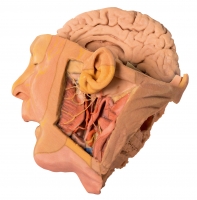 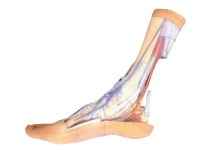 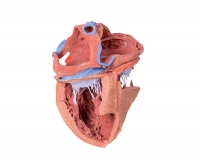